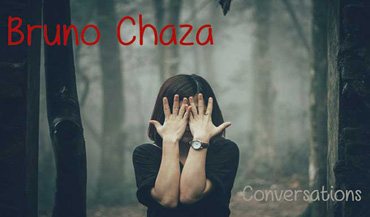 I'm fan of Bruno playing. It was a pleasure to play Bach's music with him. Bach is one of my most favorite composers and I enjoyed Bruno's arrangement for two basses. I also enjoyed hearing some of the other duets that Bruno did with the other fine bassist on the project. John Patitucci

Interpret Bach is like play something impossible to play, perfect! Thanks Bruno for having involved in this musically project class. Federico Malaman

One of the greatest joys of being a musician is to be able to take up the masterpieces of the great JS Bach. The music is of course, sublimely, unfalteringly beautiful and simultaneously intellectually deep, rich and fulfilling. There's not much I can or need to add to the praise that's already been rightly given to these cornerstones of Western Civilization, but I'd like to point out a special challenge and opportunity Bach's music offers us. Michael Manring

I was very surprised to be invited to participate on this very unique album by Bruno Chaza. I love a challenge and I love musicians that think outside the box. I love the concept of this album and Bruno playing is just virtuoso ! Jason Miles

I met Bruno Chaza more than 10 years ago by accident on Myspace. I was very impressed with his playing. Many years later I received an invitation to participate in the new classical album. I was very happy to work with Bruno for the first time. Stepping into the mind of the great JS Bach was challenging and yet very fulfilling. Kai Eckhardt

I' m very honored to be a part of this very important project. Share music with Bruno has been a wonderful experience throughout my career as a musician. Bruno as well as being a musician I admire, he is also a great person that puts the heart in everything he does. As a teacher he is inspiring but he is also a great human being. Edgar Meraz

I'd been a fan of Bruno's playing way before he invited me to join this stellar group of musicians, and I am delighted to be part of this Bach celebration. I hope the listener gets as much enjoyment out of the recording as we did performing it ! Laurence Cottle

During our last lesson together, my teacher, Alphonse Masselier handed me a stack of musical manuscripts. “Johann Sebastien Bach, Bruno. I never managed to arrange his music to showcase double bass/bass guitar. I wanted to, but now, never will. It would be wonderful if one you day you might?” For too long those dusty scores languished in a filing cabinet but this recording, ‘Conversations’, encapsulates my effort now to realise his dream. It is my tribute to the memory of Alphonse.
Art is no stranger to boundaries, perpetually picking at established norms, seeking out the new. It’s been a pleasure to explore the genius of Bach, a classical Baroque idiom, though the lens of an instrument as contemporary as the electric bass. My journey, initially fired by passion, evolved into one driven more by increasing curiosity, by possibility and eventually, enchantment. I hope you enjoy it. Bruno Chaza

The payment by PayPal or credit card is secure

Suscribe on my channel  →